Saica Group acquires Norm Packaging’s plant
Spanish paper and packaging manufacturer Saica Group, which already operates a facility in Turkey, in the city of Eskişehir, has acquired Turkish Norm Packaging’s plant located in the province of Sakarya. The acquisition is intended to help Saica to expand its product variety in Turkey, and to increase its corrugated cardboard production capacity by 75 million sqm per year.
March 11, 2019

Austrian companies in Turkey willing to continue investing
According to a poll conducted by the Austrian Consulate in Istanbul 52% of the surveyed Austrian companies said that they will continue investing in Turkey. On the other hand, 81% of the companies find the government’s economic and political precautions insufficient. 43% expect the economic outlook to deteriorate, while 32% think that it will improve, and 25% presume that it will stay the same in 2019. The FDI coming from Austria to Turkey have totalled USD 11.6 bn in the last 16 years.
March 12, 2019

New commuter railway in Istanbul commissioned
The Marmaray project, comprising a tunnel under the Bosporus, and the modernization of existing suburban railway lines between Halkalı on the European side and Gebze on the Asian side of Istanbul, has been completed with a delay of almost 4 years. The travel time on the 76.6 km long line has been cut from 185 minutes down to 115 minutes. Marmaray is expected to carry 1.7 million passengers per day, with a total investment cost of EUR 1.4 bn.
March 13, 2019

Istanbul’s rank among expensive cities decreases
According to the Worldwide Cost of Living Survey conducted by the Economist Intelligence Unit, Istanbul’s rank among the world’s most expensive 133 cities has decreased to 120th, down by 48 ranks compared to the previous year. The contraction in the Turkish economy and the depreciation of the Turkish lira have been the main causes of this decrease.
March 20, 2019

Local elections held in Turkey
According to unofficial results of the local elections held on March 31, the ruling Justice and Development Party (AKP) has won 44.3% of the votes nationwide, its alliance partner, the Nationalist Movement Party (MHP), winning 7.3%. 30.1% voted for the main opposition party, the Republican People’s Party (CHP), and 7.5% for its ally, the Good Party (İyi Parti). The Peoples’ Democracy Party (HDP) received 4.2%. Despite remaining the strongest party overall, AKP has lost the mayorship in some major municipalities, including Antalya and the capital Ankara. In Istanbul, where two candidates each won close to 49% of the votes, the official result could not yet be announced due to the uncompleted recount process. The AKP has announced that they will ask for a re-election in Istanbul, claiming irregularities.
Apr. 1, 2019

U.S. challenges Turkey’s deal to purchase Russian missile systems
U.S. Vice President Mike Pence has suggested that Turkey decides whether to purchase S-400 air defence missile systems from Russia or to stay in NATO. Mevlüt Çavuşoğlu, Turkish Minister of Foreign Affairs, responded that his country has no intention of backing down from the S-400 agreement. Jens Stoltenberg, NATO Secretary General, pointed out that the procurement of weapons is a sovereign matter of the NATO member states.
Apr. 3 – 4, 2019

Moody’s raises Turkey’s fragility risk status
The credit rating agency Moody’s has raised Turkey’s external fragility risk as “High (+)”, up from “High”. The agency pointed to the fact that Turkey needs a high amount of external financing, whereas the volume of its foreign currency assets is low. Furthermore, possible political tensions with the U.S. and Germany may contribute to worsen the depreciation of the Turkish lira.
March 21, 2019 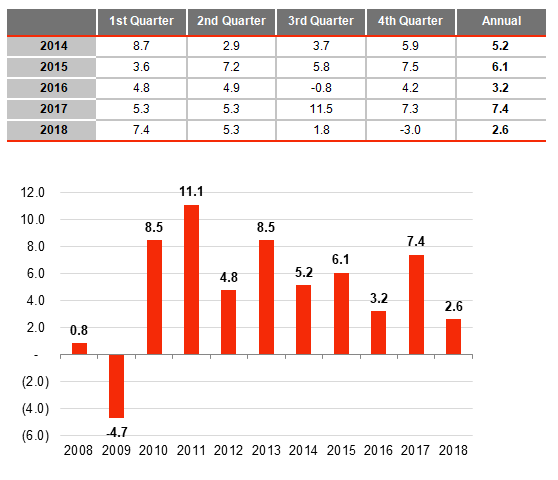 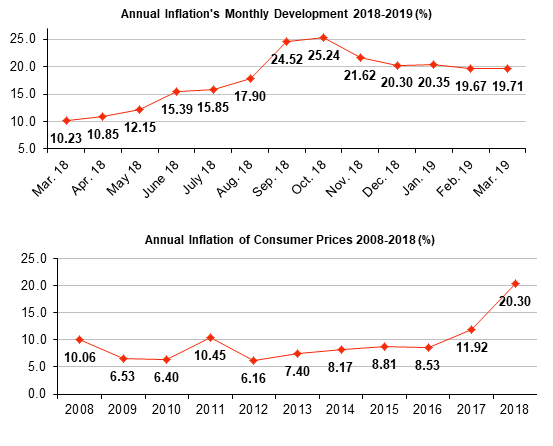