BSH-Pitsos relocates production from Greece to Turkey
Long-established Greek company Pitsos, owned by German home appliances manufacturer Bosch Siemens Hausgeräte (BSH), is closing down its original plant in Athens by the end of 2020, moving all production units to Turkey. The largest of 40 BSH factories worldwide is in Turkey, built on an area of 550,000 sqm in Çerkezköy (Tekirdağ province), with an annual production capacity of 6.2 million units.
Oct. 15, 2020

Chinese Farasis to establish car battery plant in Turkey
TOGG, the consortium to produce Turkey’s “national automobile”, has signed an agreement with the Chinese Li-ion battery producer Farasis Energy to manufacture the battery modules and battery pack of the electric car in Turkey. The business plan of the partnership is to be announced by the end of 2020, and the joint venture shall be established at the beginning of next year.
Oct. 21, 2020

Short-time compensation and ban on dismissals extended for two months
The regulation allowing companies forced to discontinue their activities due to the coronavirus pandemic to benefit from short-time compensation for their employees has been extended for another two months until the end of 2020. In parallel, the ban on dismissals shall also remain in force for two more months after November 17.
Oct. 28, 2020

Turkey fines social media giants
The Turkish Information and Communication Technologies Authority (BTK) has imposed a fine of TRY 10 mn (approx. EUR 1 mn) each on several social media companies, including Facebook, Instagram, Twitter, Periscope, YouTube, and TikTok, because they have not opened a representative office in Turkey by Nov. 2 as required by the new social media regulation. In case the fine is not paid within 30 days, an additional penalty of TRY 30 mn will be applied.
Nov. 5, 2020

Morocco raises customs duties on Turkish products
The Moroccan government has raised the customs duties on 1,200 product groups imported from Turkey, including textiles and ready-to-wear, up to 90% for the next five years. Moroccan textile producers had been complaining that the free trade agreement between Turkey and Morocco has caused unfair competition.
Oct. 13, 2020

EU lowers quotas for Turkish steel
The EU has lowered the quotas for imports of Turkish steel from 75,000 tons to 58,926 tons for the first quarter of 2021, and to 59,480 tons for the second, prompting the Turkish Steel Producers Association (TÇÜD) to call for countermeasures against imports from the EU.
Nov. 3, 2020

Turkish Central Bank keeps policy rate constant
The Central Bank of the Republic of Turkey has kept its policy rate (one-week repo auction rate) constant at 10.25%. On the other hand, the bank set the margin between the CBRT Late Liquidity Window lending rate and overnight lending rate to 300 basis points, up from 150 basis points. The bank stated that it has decided “to keep the policy rate unchanged, while enhancing flexibility in liquidity management and continuing with liquidity measures until inflation outlook displays a significant improvement”.
Oct. 22, 2020

Central Bank Governor replaced, Minister of Treasury and Finance resigns
President Erdoğan has replaced the Governor of the Central Bank of the Republic of Turkey with the Head of Strategy and Budget, Naci Ağbal, a former Finance Minister. He has also accepted the resignation of his son-in-law Berat Albayrak, and appointed Lütfi Elvan, formerly Minister of Development, to the post of Minister of Treasury and Finance.
Nov. 7-10, 2020

Industrial production increases by 8.1%
Turkey’s industrial production index in September went up by 8.1% YOY, with the manufacturing industry recording an increment of 8.5%. The highest increases in the manufacturing industry category took place in the product groups “other non-metallic mineral products” (24.2%), “furniture” (23.8%), and “repair and installation of machinery and equipment” (22.0%). The highest decreases, on the other hand, were reported in “printing and reproduction of recorded media” (-30.5%), “coke and refined petroleum products” (-8.8%), and “computer, electronic and optical products” (-8.5%).
Nov. 13, 2020 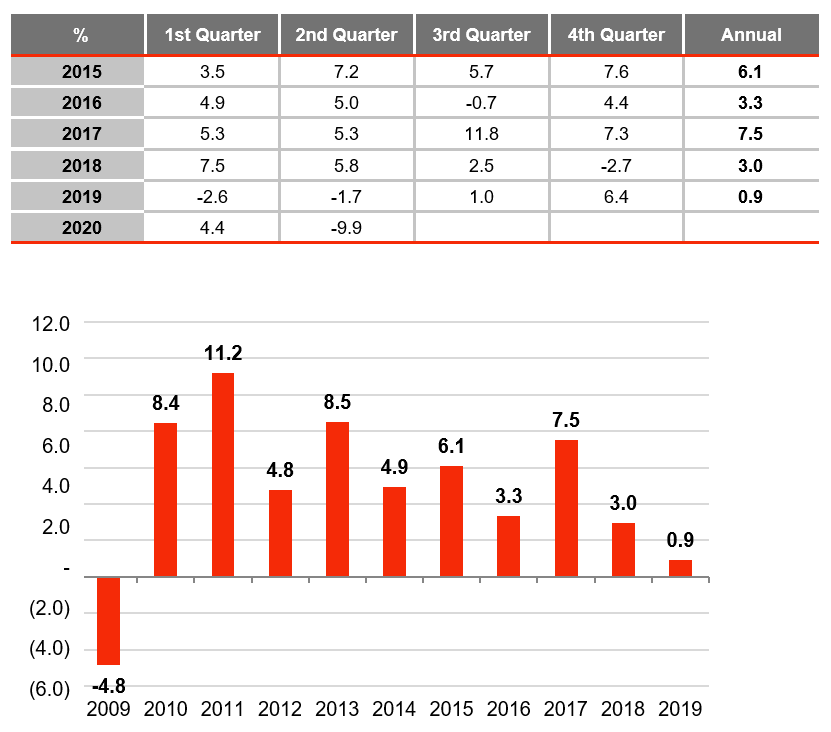 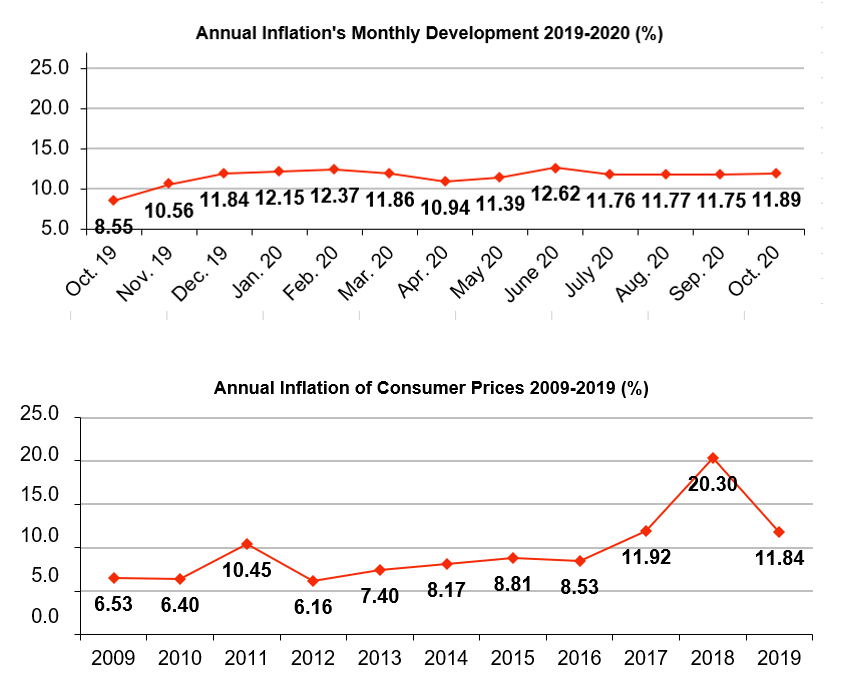