Imerys acquires majority of Haznedar
French company Imerys, which is specialized in the production of industrial minerals, has decided to acquire 60% shares of Turkish company Haznedar Refrakter Sanayii, which produces high-grade refractory bricks. In 2019, Haznedar’s turnover was USD 64 mn, 40% of it stemming from exports.
Aug. 11, 2020

Turkey discovers sizeable natural gas reserve in the Black Sea
Turkish President Recep Tayyip Erdoğan has announced that the Turkish exploration ship “Fatih” has discovered a natural gas reserve of 320 billion cubic meters in its drilling operations in the Black Sea. While according to Erdoğan the gas will be available for use by 2023, some experts consider this too optimistic a target.
Aug. 22, 2020

Investment incentives revised
The investment incentives in Turkey have been revised by a presidential decree. In the regional investment incentives scheme, the regions of the provinces Tekirdağ, Adana, Adıyaman, Balıkesir, Karabük, Manisa, Düzce, Kırıkkale, Kütahya, Rize and Aksaray have been reassigned, affecting the available incentive amounts. Moreover, the way has been paved for less developed districts in 53 provinces to benefit from higher incentives. Furthermore, the duration of the VAT exemption on building and construction expenditures for investment purposes has been extended. Investments in energy saving, test centres for medium and high technology products, rail, sea and air transportation as well as software in specialized organized industrial zones have been prioritized.
Aug. 22-24, 2020

Invista and SASA sign agreement for PTA plant
Two chemicals producers, U.S. Invista, a subsidiary of the conglomerate Koch Industries, and Turkish SASA, have signed a licence and technical service agreement of USD 935 mn to invest in the world’s largest capacity plant manufacturing purified terephthalic acid (PTA) in a single line. The plant in the province of Adana, which is to create 400 jobs with an annual production capacity of 1.5 million tons, is scheduled for commissioning in 2022.
Aug. 27, 2020

Short-time compensation and ban on dismissals extended for two months
The duration of the regulation allowing companies forced to discontinue their activities due to the coronavirus pandemic to benefit from short-time compensation for their employees has been extended for two months until end of October. In parallel, the ban on dismissals has also been extended until November 17.
Sep. 1-5, 2020

Turkey and Libya sign trade agreements
The Turkish Ministry of Trade and the Libyan Ministry of Planning have signed economic and trade agreements in Ankara to complete 184 construction projects involving Turkish companies that had been stopped in 2011 due to the political developments in Libya. The total volume of the projects is USD 16 bn.
Aug. 14, 2020

Biden’s comments draw criticism from Turkey
U.S. Democratic presidential candidate Joe Biden’s recently reported comments in a New York Times interview in December 2019 caused reactions in Turkey. On this occasion, Biden said that the Turkish opposition should be supported against President Erdoğan, the Kurdish population needs to be integrated into the parliamentary process, and Erdoğan must be defeated in elections, not by a military coup. Fahrettin Altun, Director of Communications for the Office of the Turkish President, tweeted that “Biden’s remarks reflect the games being played over Turkey and their interventionist attitudes.”
Aug. 17, 2020

Turkish Central Bank keeps interest rate stable
The Central Bank of the Republic of Turkey has kept its policy rate (one-week repo auction rate) at 8.25%. According to the bank, the economic recovery is gaining pace, and recent measures contribute to financial stability. The recovery in exports of goods, low levels of commodity prices, and the level of the real exchange rate will support the current account balance in the forthcoming period. Depending on the course of the pandemic, uncertainties regarding domestic and external demand conditions remain significant.
Aug. 20, 2020

Industrial production continues to improve
Turkey’s industrial production index in July increased by 4.4% YOY, and the manufacturing industry recorded an increment of 5.1%. The highest increases in the manufacturing industry category were in the product groups “other manufacturing” (27.7%), “printing and reproduction of recorded media” (26.0%), and “other non-metallic mineral products” (20.5%). The highest decreases, on the other hand, were observed in “other transport equipment” (-47.1%), “leather and related products” (-12.3%), and “motor vehicles, trailers and semi-trailers” (-5.3%).
Sep. 14, 2020 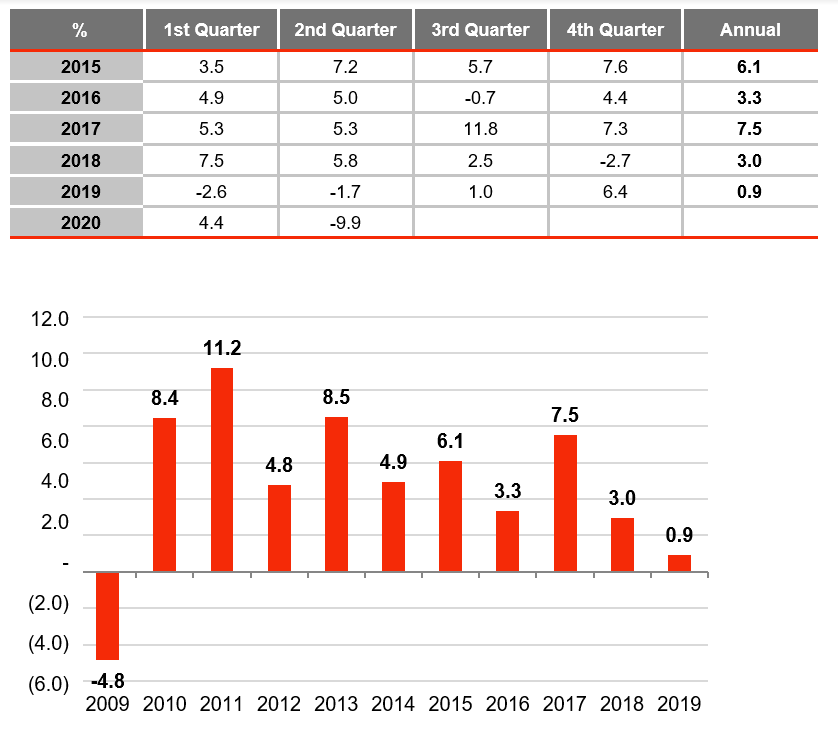 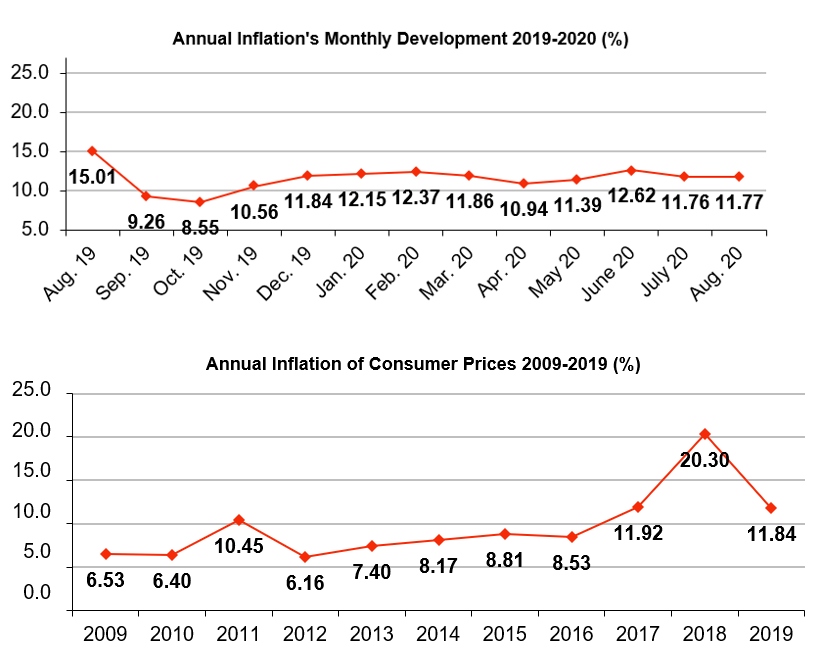