ProntoPro merges with Turkish competitor
ProntoPro, the Italian marketplace for services, has merged with its Turkish competitor Armut targeting to become the leading European service marketplace. The majority of the shares and management of the new company will belong to Armut. The two companies together will have 12 million customers, 1.4 million service providers, and more than 200 employees.
Sep. 8, 2022

Qatar Investment Authority buys stake in Eurasia Tunnel
The Qatar Investment Authority has acquired an undisclosed number of shares of the Eurasia Tunnel, which allows cars to pass between Europe and Asia under the Bosporus, from the South Korean partner SK Group. Thus far the tunnel was a 50-50% partnership of Turkish Yapı Merkezi and the South Korean company.
Sep. 14, 2022

Erdoğan announces mass housing campaign
Turkish President Erdoğan has announced a low-income housing project with 500,000 flats and 50,000 offices to be built throughout Turkey between 2023 and 2028. Only Turkish citizens with a monthly household income below TRY 16,000 (TRY 18,000 in Istanbul) will be eligible to apply. It will be possible to buy a home with a 10% down payment and 240 months of instalments. The project is expected to create an economy of TRY 2 trn.
Sep. 14, 2022

Palestinian President visits Turkey
Mahmoud Abbas, the President of the State of Palestine, was received in Ankara by Turkish President Recep Tayyip Erdoğan. Erdoğan affirmed that his country’s steps to improve its relations with Israel would never diminish their support to the Palestinian cause. Abbas on his part thanked Turkey for its support of Palestine’s legitimate rights and freedom.
Aug. 23, 2022

Erdoğan pays visits to Bosnia-Herzegovina and Serbia
President Erdoğan has met with Šefik Džaferović, the Chairman of the Presidency of Bosnia and Herzegovina, in Sarajevo. Afterwards, Erdoğan travelled to Belgrade to confer with Aleksandar Vučić, the President of Serbia. Following his meetings with the country leaders, Erdoğan announced that Turkish citizens will no longer require a passport for travel to those two countries, but only their identity cards, and vice versa.
Sep. 7, 2022

Turkey to pay part of Russian gas deliveries in rubles
During the annual summit of the Shanghai Cooperation Organisation in Uzbekistan, President Erdoğan convened with the leaders of Azerbaijan, China, Mongolia, Uzbekistan, Russia, and Iran. According to the agreement reached with Russia, Turkey shall make 25% of its payments for Russian gas deliveries in rubles.
Sep. 17, 2022

Industrial production slows down
In July, Turkey’s industrial production index could increase only by 2.4% YOY, with the manufacturing industry recording an increment of 4.1%. The highest increases in the manufacturing industry category occurred in the product groups “computer, electronic and optical products” (39.5%), “basic pharmaceutical products and pharmaceutical preparations” (38.9%), and “leather and related products” (29.9%). The highest decreases were reported in the product group “basic metals” (-14.5%), “beverages” (-12.7%), and “textiles” (-8.4%).
Sep. 13, 2022 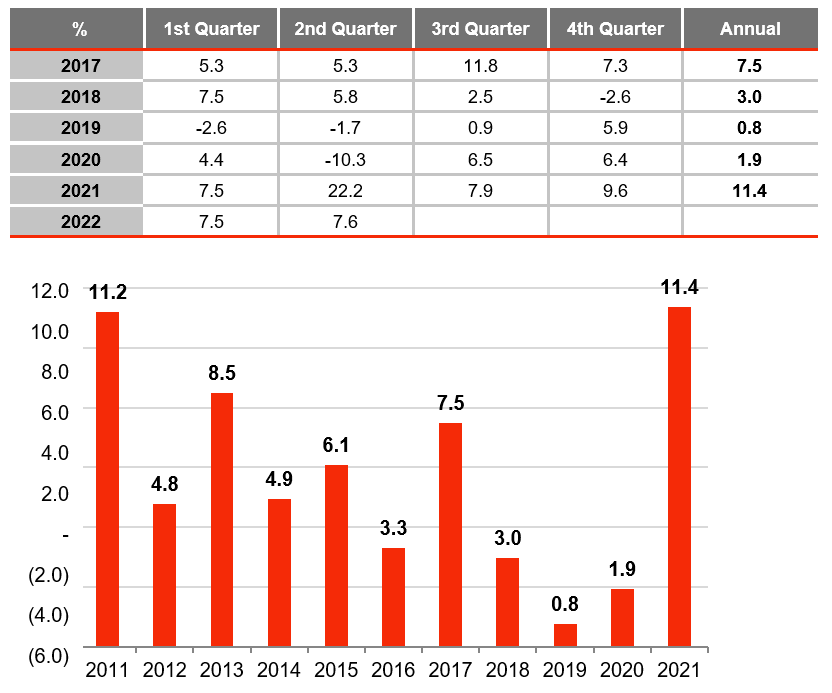 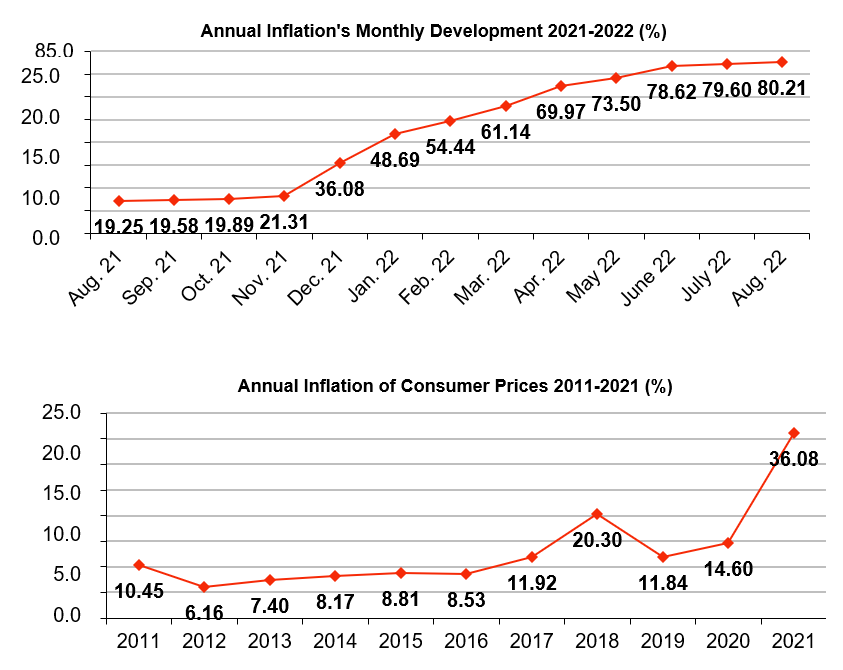